When the Saints go marching in, the Misfits win

Last Saturday we had our second three way tournament for the season. St Ives RFC and St Francis RFC joined us from England for a great game of rugby and fun.

The most important news from the day is that the team played incredibly well. The Misfits showed some sublime rugby with great support both in attack and defense and a lot of dedication in the contact area. We lost the first game against St Ives RFC in the last 10 mins due to some dubious tactical decisions. It was a very close race from start to end. The Ives boys were some of the biggest rugby players we’ve ever seen in a rugby field and played bone cracking rugby. Then we won against a flamboyant St Francis RFC team in an equally tough encounter.

The current core group of players was boosted by Vladi from Lokomotiv Sofia RFC , Slavi from Balkanski Kotki RFC, by one Gentleman of Albion (Cheers Matt) and accidentally (not quite) by some St. Ives representatives. It’s great to see all the hard work at the trainings pays off and “the management” is very proud of everybody involved. We got a second win for the season, which nobody remembers ever happened before!

Special mention goes to Misho, Kevork, Yancho, Victor and Niki who scored their first tries for the club. The later got the MVP of the day at the pub.

Talking about the pub, the third half was great as expected. Words are not enough to describe the mayhem 60+ Englishman cause to JJ’s every time we have a Misfits party. Big thanks to Branko and the staff for supporting us!

Thanks to all wives, girlfriends, boyfriends, the doctor and the fans!

Kudos to all the players! 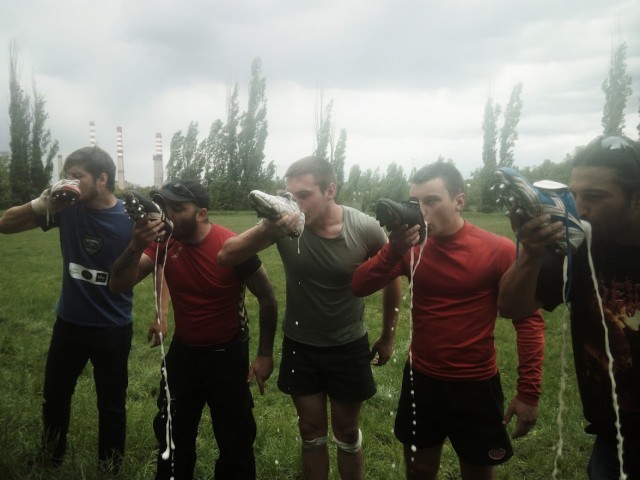