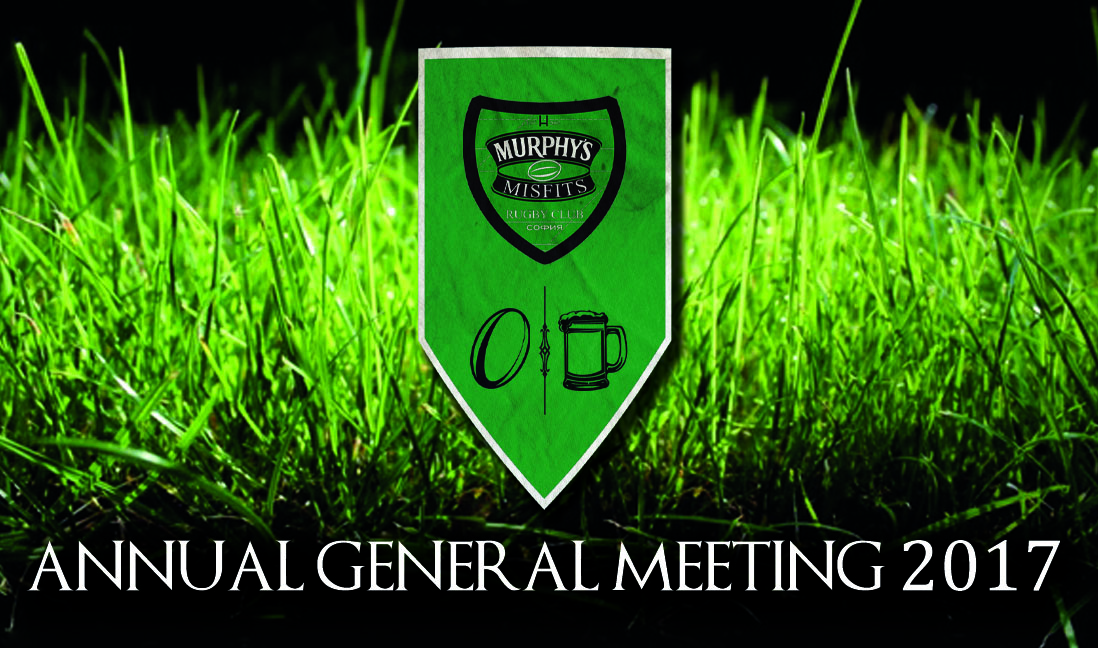 The Misfits family had its Annual General Meeting 2017 on 28th of January, Saturday. This year’s event was hosted at the КАСА БИРА bar, so we can enjoy a private place just for us and a lot of tasty Czech beers. As always the agenda for the day included many beers, a review of 2016, announcement of the important dates for the club in 2017, player awards and a special rugby raffle!

Thanks to the marvels of technology you can enjoy the nice and informative presentation by Misfits President, Stefan Doychev right here:

IMPORTANT: To book your dates and stay informed always check the Games Calendar for 2017. We will keep it up to date!

After an intense voting procedure, more than deservedly, Yancho Chanev was chosen as a Player of the Year for 2016. He won the Misfits votes thanks to the impressive barnstorming runs, his dedication and discipline, taking part in all games and practices during the year.

Strengthening the Chanevi domination, Dimitar Chanev was chosen as Best Newcomer for 2016. Mitacheto won the hearts of the Misfits family with strong performances on and off the field, promising great potential for rugby and… partying.

For a King of the Third Half 2016 was chosen no other player, but a prop. Yep, you guessed that right – Nencho Neikov won the prestigious award. Well deserved for the true drinking champion with almost two decades of practice.

Along with the voting for the awards we had a small presentation of the Committee Board of the club. We also did a little survey that will help us organize the club’s games and practices better.

IMPORTANT: Don’t forget to buy your Membership for 2017 in order to support the club. Contact a Committee Member to do so!

Here are the PHOTOS from the night.

Thanks to all players, supporters and friends of the Murphy’s Misfits!

Thanks to all committee members that make everything possible!

Let’s have a great 2017 full of rugby and fun! Cause we all know – Rugby is the Source!